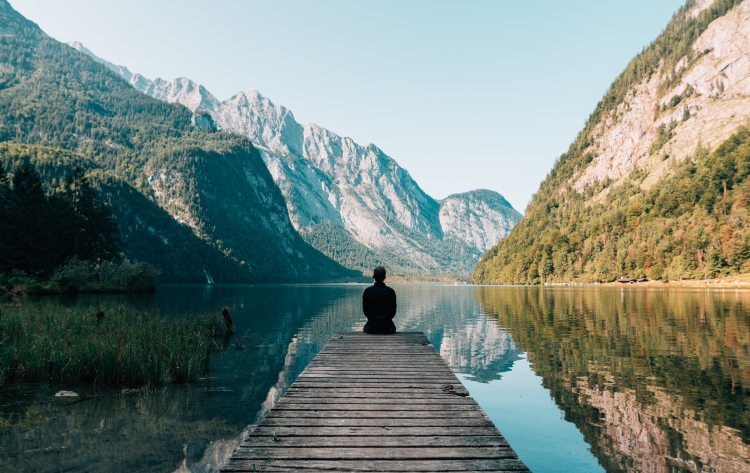 I graduated from college in May, walking out of school and directly into plans of finding a job, moving to the city, and settling into The Millennial Life Adventure that bared a curious resemblance to F.R.I.E.N.D.S. Instead, I remained on my couch searching job boards, eating junk food, and hoping one of my forty-some applications would get an email back.

For me, post-grad life has been a nebulous, drifting experience. It’s not so much a question of what I want to do but if anyone will let me do it. In addition, I moved back to my small hometown, away from my core community.  There, I couldn’t distract myself with busyness when there was no one to be busy with.

Of course, I have incredibly generous parents who let me crash at their house and eat their food and steal their toilet paper, so the boredom problem I’m describing is painfully first world. Even so, I found it to be profoundly frustrating. The boredom of the in-between period, however,  ended up freeing me from a pattern I didn’t realize I was trapped in.

This summer after graduation was easily dubbed “the summer of weddings” as my entire Christian college class got married in unison. Here, I experienced the in-between dread for the first time. I saw friends who told war stories from their first jobs, proudly miserable as they one-up each other with the worst stories. Occasionally, someone would talk with sheepish relief about landing their dream job right out of college.

As someone whose life reads like one long to do list, it’s bizarre to avoid the question: “So, what are you doing now?” Inevitably, I force a smile with the dreaded words, “I’m still…” I’m still at home. I’m still looking for jobs. I’m still living at my parents’ home, draining their food, being unproductive.

I was pleasantly surprised that I wasn’t the only person at weddings who came up with a variation of the “I’m still…” answer. Self-deprecation and deflection covered the taint of shame in the hidden message of the numerous unemployed graduates: Nothing. We’re doing nothing.

“I’m still…” I hated the literalness of that phrase. In “I’m still…,” I’m without the option to “do” and am left alone with being. Like a true American, I tend to find my identity in my ability to work, to do, to produce–not in being still. Being still not only feels wasteful, it feels like I am actively cashing in my worth. That’s why I wasn’t expecting what happened next: this season of forced stillness brought freedom rather than shame.

The benefits of stillness are not news to me. I’ve heard this tune a million, trillion times. Sermons, books, and articles about rest have been a common part of my life, and I didn’t disagree with their premise. My concept of rest, though, was as a tool for productivity: you work better if you get more sleep and take a lunch break. In this transition, I discovered rest as an end in itself. Rest adds value to life, as does work.

It was hard to break the habit of busyness. Whether busy or bored, I discovered I’m horrible at resting and noticing the world around me. It’s difficult to experience something beautiful and keep experiencing it. My body resists stillness and beauty. When I encounter the exquisite, my body becomes restless instead of restful. Almost as if defending me from the quiet, my overactive brain reminds me of my to-do list, a worrisome conversation, or a chore I’m supposed to be doing. But, when the only item on my to-do list is to start the next episode of The Good Place, there isn’t anywhere for my brain to run. So, instead, I’ve been forced into stillness.

Here, in stillness, I’ve found myself entangled in now. Entering into the present is a grinding, halting experience but being in the present is divine. This summer my soul was mingling with wildflowers and dripping water and droning cicadas. And I’m practically drowning in the smell of Mom’s homemade applesauce.

I met someone this summer who, instead of asking me what I do, intentionally asked me what I liked to do. What a fantastic question. Instead of telling him about the walls I was slamming into, instead of defining myself based on my productivity, I told him what was giving me life. I told him about what I was reading, the neighborhood paths I was walking, the funny moments with my family.

I think that for me to embrace rest, I need more stillness language, more being language.  I have too few words and questions for the process of experiencing life. I need better “being” words, words that describe the immersive experience of those moments that are entirely beyond my comprehension. Poetry does that well. Conversation and life updates have the potential to do better.

As I look ahead to a season that will again be packed with frantic activity, I believe it’s this lesson of rest and of being that will add tremendous value to my life. Not rest as moments of “self-care” that equip productivity but rest that’s a part of living.  While I never would have asked for these undefined, unproductive months, I’m now filled with gratitude for the time of stillness.